India experienced a devastating second wave of COVID-19 between February and early May of 2021(?). Since then, cases have declined gradually. Interestingly, the southern Indian state of Kerala accounted for more than half of the country’s new COVID-19 infections this summer, but Kerala has one of India’s lowest COVID-19 fatality rates (1). The state’s containment measures have helped to identify infections early, allowing authorities to manage the illness better and dramatically lower the death rate. Kerala is handling another important outbreak. On September 5, 2021, A 12-year-old boy died after being infected with Nipah virus (NiV) (2).

NiV is a member of the family Paramyxoviridae, genus Henipavirus. The virus was first discovered in 1999 following an outbreak of disease in pigs and people in Malaysia and Singapore. This outbreak resulted in nearly 300 human cases and more than 100 deaths, and caused substantial economic impact as more than 1 million pigs were killed to help control the outbreak (3). NiV is a zoonotic virus. The natural reservoir for the virus is flying fox bats in the genus Pteropus, which sheds the virus through its saliva and urine (4). NiV can spread to people from direct contact with infected animals, such as bats or pigs, and consuming food products that have been contaminated by body fluids of infected animals. Human-to-human transmission of NiV has also been reported among family and care givers of infected patients. NiV infection in humans causes a range of clinical presentations, from rare subclinical infection to acute respiratory infection and fatal encephalitis associated with a high rate of case fatality (40–75%). Currently, there is no treatment or vaccine available for either people or animals. The primary treatment for humans is supportive care. Its high pathogenicity, potential for interspecies transmission, and lack of validated medical countermeasures led to the classification of NiV as a Biosafety Level 4 pathogen (5). In 2015, the World Health Organization (WHO) listed NiV as a priority pathogen because of its probability of causing severe outbreaks and subsequently, placed NiV on the WHO Blueprint list of priority diseases.

The virus has been endemic to Southeast Asia since its first identification in the 1998–1999 outbreaks in Malaysia and Singapore (6). The first outbreak of NiV in India occurred in West Bengal in January-February 2001. Furthermore, the epidemic in May 2018 in Kerala has killed 17 people out of 18 infected people (laboratory confirmed cases) in 7 days, demonstrating high case fatality (2). Importantly, a single crossover event led to person-to-person transmission in hospital settings.

A recent outbreak of NiV in Kerala, India occurred amid ongoing COVID-19 pandemic. The lessons learned from the previous NiV outbreaks and current pandemic have greatly contributed to containing the outbreak. Importantly, early detection of the infection using a real-time polymerase chain reaction played an important role as the final confirmation came hours before the death of a 12-year-old boy (7). Government authorities have also focused on contact tracing efforts, identifying, quarantining, testing people who may have come into contact with the young victim and lockdown of his village. In addition, there is a higher degree of compliance among the public with regard to wearing masks (2). Certainly, the health official’s efforts to prevent a chain of viral transmission have made a great success.

Currently, there is no treatment or vaccine available for either people or animals. The primary treatment for humans is supportive care.

The virus has been endemic to Southeast Asia since its first identification in the 1998–1999 outbreaks in Malaysia and Singapore.

Even with ongoing pandemic, our efforts must be continued for the viral surveillance of bats, pigs, and people with One Health approach and for enhancing our understanding on the ecology of Pteropus bats and the dynamics of the virus spillover event to intermediate hosts and people. 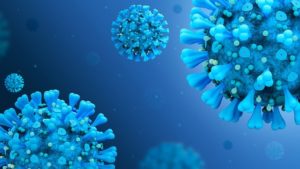 NiV has been considered one of the potential viruses that can cause pandemic. The Pteropus bats, the reservoir of the virus, have been detected widely across Southeast and South Asia. A recent study also reported the seropositivity for NiV in Pteropus bats in India, Bangladesh, and Thailand (8, 9), thus indicating the outbreak potential of NiV in South Asian countries. Even with ongoing pandemic, our efforts must be continued for the viral surveillance of bats, pigs, and people with One Health approach and for enhancing our understanding on the ecology of Pteropus bats and the dynamics of the virus spillover event to intermediate hosts and people.

Our GVN Team thanks Dr. Linfa Wang (DUKE-NUS Medical School, Singapore) for reviewing this manuscript and for providing us with invaluable comments and insights.

COVID-19 and the Gut Microbiome A Statement from the Global Virus Network on the 2022 Russian Invasion of U...
Scroll to top