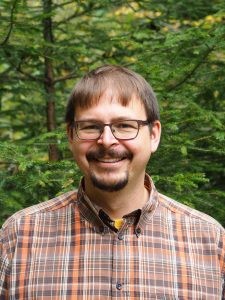 What are you and your institution currently working on regarding SARS-CoV-2?

Mount Sinai has spearheaded serological testing which was used to screen >22,000 plasma donors so far. A large number of patients have already been treated with convalescent plasma. The assay that we use for serological testing was developed in my laboratory (we started to work on this on January 10th 2020) and has been transferred to our CLIA laboratory where it swiftly received New York State and FDA EUA. My research laboratory is now working on better understanding the antibody response to the virus after infection, its functionality, duration and productivity. We already know that approximately 99.5% of all individuals infected with SARS-CoV-2 make antibodies and that the antibody titers measured in our assay correlate with neutralization.

Could you describe your progress on plasmapheresis/antibody transfer, and do you believe this can be effectively scaled up to combat COVID-19?

As mentioned above, a large number of patients have already been treated at Mount Sinai with convalescent plasma. This was not as part of a clinical trial but compassionate use. Therefore, it is hard to say if the treatment is effective. But analysis based on retrospectively matched controls is ongoing. I believe in the power of antibodies and therefore think that this could be scaled up and that maybe antibody preparations similar to IVIG but with specificity for SARS-CoV-2 could be used widely.

Florian Krammer, PhD, graduated from the University of Natural Resources and Life Sciences, Vienna, (Austria) in 2010. He received his postdoctoral training in the laboratory of Dr. Peter Palese at the Icahn School of Medicine at Mount Sinai, New York working on hemagglutinin stalk-based immunity and universal influenza virus vaccines. In 2014 he became an independent principal investigator and is currently Mount Sinai Professor in Vaccinology at the Icahn School of Medicine at Mount Sinai. Dr. Krammer’s work focuses on understanding the mechanisms of interactions between antibodies and viral surface glycoproteins, and on translating this work into novel broadly protective vaccines and therapeutics. The main target is influenza virus, but he is also working on coronaviruses, Zika virus, hantaviruses, filoviruses and arenaviruses.

Overview of Icahn School of Medicine at Mount Sinai and GVN

The Department of Microbiology is focused on studying such viruses as influenza, dengue, Ebola, Marburg, Crimean-Congo hemorrhagic fever, Chikungunya, West Nile fever, hepatitis C, and emerging paramyxoviruses such as Nipah and Hendra viruses. Studies are directed at understanding how the innate immune system of the infected host is counteracted by components of these viruses and how the interferon signaling system works on a molecular level. Department researchers are involved in developing new vaccines against these viruses, identifying small molecular weight compounds for use as antivirals, and generating broadly neutralizing antibodies against pathogens in the WHO Blueprint list of priority diseases such as Nipah and henipaviral disease.  Unique resources that facilitate development of such countermeasures include CTAD (Center for Therapeutic Antibody Development) and VECToR (Virus Engineering Center for Therapeutics and Research), both led by departmental faculty.  Additionally, some faculty members have BSL4-trained postdocs and long-standing funded collaborations with national BSL-4 facilities (UTMB-Galveston) where, for example, vaccines and therapeutics against henipaviruses can be tested.  Established in 1968, the Icahn School of Medicine at Mount Sinai (formerly, Mount Sinai School of Medicine) is one of the few medical schools embedded in a hospital in the United States. It has more than 3,400 faculty in 32 departments and 15 institutes, and ranks among the top 20 medical schools both in National Institute of Health funding and by U.S. News & World Report.​